VoIP systems offer several advantages over traditional phone systems, such as mobility, low maintenance costs, and expandability. There are, however, some concerns about cloud-based phone system security, and how they’re perceived to be less secure than their analog counterparts. In this blog, business phone systems provider One Call shares an in-depth look at VoIP phone security.

It’s important to note that both traditional phones and cloud-based phone systems have inherent vulnerabilities. Authorities, under certain circumstances, have the equipment to listen in to phone calls when needed. The same is also possible for digital systems, and with the level of virtualization afforded by cloud-based telephony, it is possible for unscrupulous individuals to intercept data packets at certain points. In comparison, wiretapping analog phones is much more difficult as it requires physical connections to accomplish.

Simply put, security risks are present in both systems. It’s important to note that risks can be mitigated, avoided, or even eliminated. There are laws against wiretapping that prevent people from casually using certain devices for this purpose. Regular security inspections can help detect the presence of such devices in traditional business communications systems.

Taking the same preventive approach can also help minimize security risks to VoIP telephone systems. Here are some of the most common ones:

We did mention that all telephone systems are inherently vulnerable. This is where a combination of best practices, robust security software, and a reliable service provider comes in. Practices such as use of randomly-generated passwords and activating two-factor authentication add a layer of security. Using Virtual Private Networks (VPNs) and using only trusted networks make it even harder to hack your communications system. Most importantly, working with a systems provider that maintains system security through tools that allow system monitoring, along with regular software updates and periodic training for end-users, can go a long way in addressing such vulnerabilities.

Get In Touch With One Call for Your Business Communications Needs

One Call is your leading provider of secure business telephone systems. Give us a call at (888) 823-7373 or fill out our contact form. We serve customers in Wilson and Raleigh, NC. 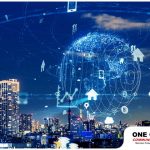 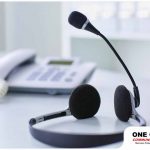 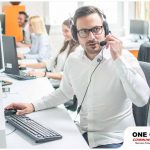 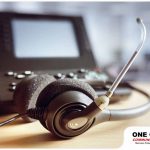